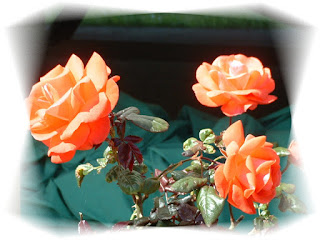 I am proud to say I come from a long line of people who made a difference, giving selflessly, to bring about change in society as a whole. 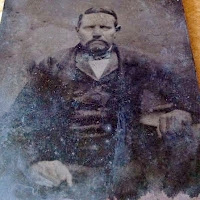 My great-great-grandfather Johann Kromann left his home, a small fishing village in Dragos, Denmark, to sail ships bound for countries around the world, initially learning trades, working his passage, ultimately becoming a Linguist, speaking several languages both to converse with passengers and to translate for them. 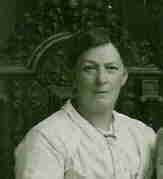 His daughter-in-law Mary, wife of Joseph his son, created a welcome space in her home for what she called 'motherless children' ... waifs and strays from the slums of Wallasey, giving them clothing, food and shelter, providing an education and teaching them lessons and choruses which were to remain with them long into adult life. 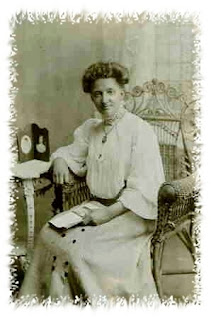 Mary's daughter Emily Florence was named after Emily Florence Nightingale, who herself made personal sacrifices in the face of adversity, and in doing so made a difference to the lives of others through nursing. While Emily Croman (anglosised version of Kromann), helped her mother work with children from the slums, becoming an advocate of The Temperance Society, successfully weaning her father off drink as she gave her life to God. She went on to work alongside Emmeline and daughter Christabel Pankhurst, travelling from her home in Cheshire to attend rallies in London, actively campaigning for better rights for women in the Suffragette Movement. In later life, she became a Speaker, and together with her husband Will Chessall, spent a lifetime trying to emanate the love of God through her words and actions, becoming a lighthouse of hope, steering people away from the dangers in life, flooding them with the light of love. Words she wrote clearly demonstrate:


'Don’t let the world around you squeeze you into its own mould,
but let God remould your minds from within,
so that you may prove in practice that the plan of God for you is good,
meets all his demands and moves towards the goal of true maturity.'
(Romans 12:2)

I am proud of my heritage, my roots, defining who I am today.

You don't have to be someone with money, influence or power to make a difference. You simply need a fundamental belief based usually on breaking the chains of a personal experience or showing support for experiences shared by others, with a passion which drives you on. My mother, Nina Harrington, nee Chessall, would also add the words: 'to thine own self be true'. She too made a difference in so many people's lives, as did my father Rev John Harrington through his ministry and service to God. Always the doors of our home were open to anyone in trouble or need.

I was moved to tears the other evening by the film 'Suffragette'  broadcast on Sky Premiere. It was this which prompted these writings. Contrary to common belief, Suffragettes weren't just about campaigning for the rights of women to vote. The film clearly illustrated how people of the time were living in a male-dominated society, both in and out of the home. Women were considered cheap labour, to be treated as slaves, there to do men's bidding, to be abused, without having any rights to opinions or freedom of their own. The film demonstrated that changes brought about by Emmeline and her daughter Christabel were based on what they saw happening around them, prompting them to act, to challenge, to stand up for what they believed was right, in order to change the hearts of minds and people. To live then meant you were either very rich, or very poor. Only by working together, rising up as one body, could change happen enough to make a difference. To know that my maternal grandmother and great grandmother were a part of that body makes me so proud!

Imagine what a wonderful world it might be if each of us could be inspired by ways in which ordinary people in the past brought about positive changes for the future! Whatever faith, race, creed, colour, or position we have in society, how much better we could make the lives of others around us if we took on the Olympian torch of hope to bring about change, and peacefully yet positively challenge the unjust, unfair treatment of others. What an extraordinary journey that would be, and what a story we would have to tell after! Mum always used to say:


'It's not the winning that matters,
it's the taking part;
the journey you embrace along the way.'

There are campaigns for change happening right now based on a variety of injustices, cutting the chains that bind link by link, urging us to become a part of something greater than ourselves. I am always signing petitions with the hope that the required number of signatures will be reached enough for them to be heard in Parliament. It's the way it has to happen, not just today, but even during the time of the Suffragettes ... remembering there were no women at all in power or with the right to make decisions in those days.

The Suffragette motto was:

Times may have changed, but what we face today is a world in crisis. So many different issues to address and no clear path to see them through, or to effect change. But change has to start with the individual. Every one of us has a responsibility. Our Guide surely has to be The One who created us, The One who remains with us, The One who ultimately gives us the perfect example to live by:

'If I rise on the wings of the dawn,
if I settle on the far side of the sea,
even there your hand will guide me,
your right hand will hold me fast.' 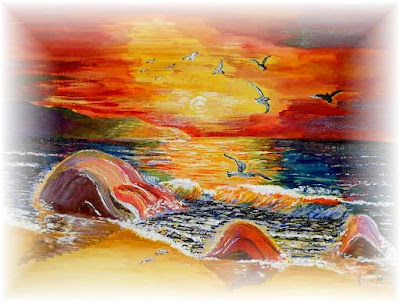 Posted by Janine Harrington at 05:37
Email ThisBlogThis!Share to TwitterShare to FacebookShare to Pinterest