As we enter the season of Winter and begin the countdown to Christmas, I can't help wondering what was going through the minds of those caught up in the Second World War. How could they listen to carols without being haunted by faces of those they loved, waiting anxiously for them to come home? 'Peace on earth ... goodwill to men ...' the carolers sing. Yet there was very little rest, or hope, or merriment as the war continued to rage around them. As they took to the night skies in fragile crafts, frantically trying to avoid being 'coned' by the enemy which would light them up like a Christmas tree, stark and bright, held where the enemy could see them and shoot them down; their minds would focus on the operation in progress, and the role with which they were tasked. Yet I can't help thinking that, in a small pocket of their mind, they would have carried with them a picture of Home, family gathered around the fire, gifts wrapped under the tree ... waiting ... hoping ... unable to truly celebrate until those they loved returned and they knew they were safe. Only then could their hearts reach out to touch, to feel, to celebrate in love at Christmas.

It's impossible for those of us who have never been caught up in war to imagine that awful aching loneliness which crept in and through people like a cancer, eating them up inside. Those in RAF 100 Group, serving under Bomber Command, based on secret airfields built for purpose in Norfolk, worked together with the 8th Air Force's 36th Bomb Squadron. Both had inside their aircraft specialised and very secret electronic warfare equipment that a crew's Special Operator used to identify and jam enemy Radar.

Through Christmas 1944 and beyond, air operations continued in a strong determined pace. The bloody Battle of the Bulge was raging in the Ardennes, while Hitler's vengeance weapons, the V1 and V2 rockets, continued to rain death on Britain. It's difficult to understand, much less fit into the mindset of those on active duty during those horrific days. Yet we can at least catch a glimpse of life as it was then through their words caught in a time out of Time, which reflect their inner strengths.

In reading them, we should be proud of their service and sacrifice.

'On our fighting front, there are no silent nights. But there are plenty of Holy nights. I'm sure that all of us are offering up prayers to the gallant gang of American kids to whom anything that has to do with peace still seems very far away. My own thoughts are a lot humbler than they were last year. I've talked and lived and chowed with these boys - boys, whose courage and faith are something that beggars' description. Seeing those GIs kneel in a muddy pasture in France brought back to my mind the lines of an old familiar prayer that I'd heard somewhere along the line back home:

'God grant unto us an early peace and victory founded on justice, and instill into the hearts and minds of men everywhere a firm sense of purpose to live forever in peace and goodwill toward all'.'

It seems today, that our world is still seeking that sense of purpose and peace!!

During his stay with the 36th Gremlins at Station 113 Cheddington, B24 Tail Gunner S/Sgt Iredell Hutton wrote in his diary of fun and entertainment on seeing Bing Crosby:

'Sack (Andrew Sturm, Hutton's buddy and Radio Operator on the aircraft nicknamed 'JIGS UP') came over and told us that Bing Crosby was over at Alconbury tonight. So we took the Liberty run over to Alconbury about 7pm. Got there about 7.45. Bing came in about 8.30. He had two of the most beautiful girls with him I have ever seen! He had a Comedian with him also. His name was Joe de Rise. He was very good. Bing sang a lot of songs. He signed off by singing: 'White Christmas'. He said that he hoped we were all home by then. Bing's hair is about all gone. He is still a good showman.'

'A cold morning that started as usual - dark as hell with a 300ft ceiling! Morgan, our Engineer, and I checked the wings for ice. A little frost build-up, but not too bad. The wings and tail section had already been de-iced. We taxied out, Chief (Flying Officer Young) was flying instruments, and I as co-pilot was observing visual. Morgan was standing between us as he usually did on take-off and landings. Just as we got to airspeed and began our lift off, I could see by the runway lights that we were in a bank to the left. About that time, Chief shouted that the flight indicator had toppled. When I glanced over and saw it, I was positive we were indeed in a steep bank to the left!!!! I screamed to Bert to fly the needle and ball and racked full ailerons and rudder to the right. We fought with the controls for a few seconds, until Chief realised that we were in a bank to the left. By then, we were also in fog, of course, and at about stall speed. In what seemed to be a long time, but was really only seconds, we got our heads together and Chief took back the controls. We were then well off course, and I think we both realised we were dangerously low and heading for the hills to the left of our runway. As we regained air speed, I really sweated and prayed that we would clear that ridge. We shouldn't have, but we did!! We cleared out on top of the cloud bank at about 8000ft. We headed south-southeast out over the Channel into a beautiful sunlit morning. Chief and I both agreed that there must have been ice on that left wing. I leaned back and lit a cigarette, then I tuned in to Armed Forces Radio. A bunch of British soldiers were singing: 'God rest ye merry Gentlemen, let nothing you dismay ...' That has been my favourite Christmas carol to this day.'

'One of the most heart-warming sights I ever saw was at Christmas time. We had been orbiting over the Bulge area and were returning home. It was the first day with good flying weather and it was crystal clear. All the planes in the area had been primed and were ready to go. Everywhere I looked there were airplanes, not single airplanes, but large groups. They were flying above and below, heavy bombers, light bombers, and fighters. You name it, and it was there. There will never ever be an assemblage like that again!'


Christmas ... and my 28th birthday. We have been loafing around, getting familiar with the area, equipment, etc. The day dawned with all the trees and buildings covered with hoar frost, no snow. We were fed extra good chow today, visited a few pubs near the Base, had a few beers, felt a little homesickness, and that was Christmas ...'

Undoubtedly, many airmen found comfort in fellowship with their buddies on the Base, in local pubs, with villagers, as well as in nearby churches. However, at this particular time during the Winter of World War Two, peace remained still very illusive as the destruction and bloodshed of war dragged on interminably, while the losses suffered both by the RAF and the 8th Air Force escalated still further.

Both Stephen Hutton - a firm friend, and author of 'Squadron of Deception' - and I remain passionate about preserving both the history and stories of these brave men and women, committed to keeping their memories alive, together with the wartime experiences they endured.

We join in saying a resounding:

GOD BLESS THEM ALL!!

and wish all veterans and their families:

A WONDERFUL & VERY SPECIAL CHRISTMAS
WITH EVERY HAPPINESS FOR 2018!!


My sincere thanks to my firm friend Stephen Hutton for use of his photographs and writings. 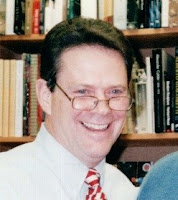 Stephen Hutton's father, Iredell Hutton, seen above with buddy Andrew Sturm, flew with the 8th Air Force's 36th Bomb Squadron. This was a Squadron which, in truth, carried no bombs, but was a cover name given the secret specialised Radar-jamming and other electronic warfare equipment carried on board their aircraft.

Stephen is author of the book: 'Squadron of Deception' and represents the 8th Air Force Historical Society on our RAF 100 Group Association. To learn more, his website is: