ONE MOMENT IN TIME

One moment in time was to define the lives of two young men and how they would be remembered forever. They were my great uncles. I never knew them. My maternal grandmother (Nanny) with whom I shared a close relationship, never spoke of them. Yet their photographs bear witness that they lived ... dying young before their time, soldiers serving their country during World War One.

WILLIAM JAMES CROMAN was Mary Ann (Carter) and Joseph Croman's eldest surviving son - their firstborn, James J. born on 22 January 1880, died (cause unknown) at the age of one year and ten months, on 19 November 1881. William was born on 9 May 1881, in the year his elder brother died.

Typical of the day, he was one of a large family, ten children together with 'six motherless children' who Mary and Joseph his parents 'adopted'. On 3 October 1908, at the age of 27, he married Eliza Healey and they had three children, one of whom died.

Will was a Railway Signalman living in Limehouse and working in the Bow district of London where, for extra income, he joined the Poplar & Stepney Rifles. Lance Corporal William James Croman was therefore already a soldier when war broke out in 1914. At 33 years old, he joined the 2/17th Battalion London Regiment in 1914/15 by his regimental number: 571685

After training, his Unit proceeded to France with the 60th (London) Division in June 1916 where he served in the trenches on Vimy Ridge until November that year when he moved with his battalion to Salonika. 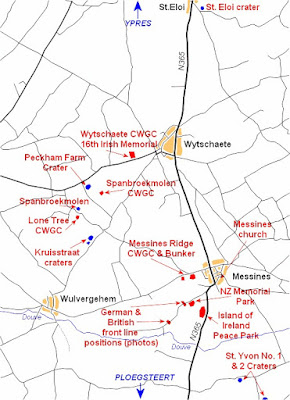 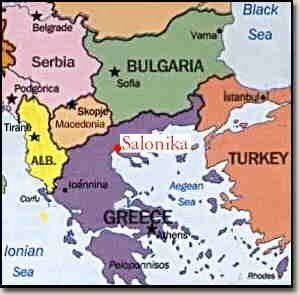 Here they remained until June 1917 when they were posted to Egypt and took part in the campaign in Palestine throughout the rest of that year, including the capture of Jerusalem.

However, in July 1917, Will was badly wounded and sent home to convalesce ... before being sent back into the fray to re-join his regiment in Egypt in 1918.

In May 1918, Will with his Unit returned to France where they joined the 30th Division to take part in the fourth Battle of Ypes in August - September, advancing across the Messines Ridge.

He was killed in action on 28 September 1918 when, on this day, the 2/17th Battalion London Regiment advanced from Wulverghem and captured Ontario Farm and the Kruistraat area, pushing on to the crest of the Messines Ridge near Wytschaete. Given his place of burial and its proximity to Wulverghem, it seems likely he was killed in the early phase or actual advance.


ARTHUR BIRKETT CROMAN was the sixth son of Mary and Joseph Croman, my maternal grandmother Emily's younger brother. Born in Birkenhead on the Wirral where his family moved from London; he was named 'Birkett' after the head of a river, and educated at St John's, Birkenhead.


On leaving school, he became an apprentice printer by trade, and was 23 years old when war was declared, whereupon he enlisted in Liverpool and lived in Poulton. He was a wartime enlistee, becoming a Private in D Company, 21st Reserve Battalion, King's Liverpool Regiment; sometime in 1916, known by his regimental number: 52295.

On 22 July 1916 Arthur was wounded. Nothing further is known either about his injuries, or whether he was deemed unfit enough to return home to convalesce.

What we do know is that he went on to be posted overseas in 1917 where he joined the 9th Battalion Royal Welsh Fusiliers, part of 19th (Western) Division. He served with them in the Ypres Salient and took part in the Battle of Messines in June 1917. By July, his battalion were holding the trenches on the eastern side of the Messines Ridge, opposite the village of Hollebeke.

It was here that he was killed in action on 19 July 1917, on the day his battalion were in the process of being relieved after several days in the line. It is said that an Officer had been speaking with him just moments before a shell burst into his trench.

He is buried in Oosttaverne Wood Cemetery.

Both Will and Arthur were ordinary people living in extraordinary times!

Their full story was shared initially in my book: 'Brothers'. 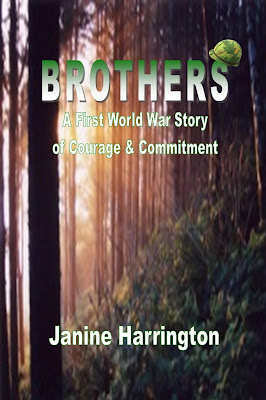 However, with the last copy in this format now sold - although a few secondhand copies may still be available through Amazon - their story is now featured in: 'High Wood' published by FeedARead.com available either direct from their website, or from Amazon. 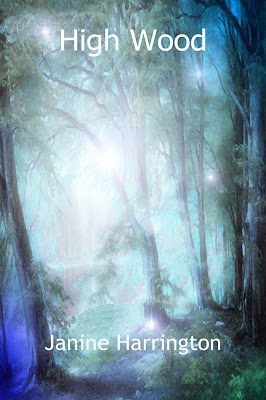 We WILL remember them!

Posted by Janine Harrington at 10:28
Email ThisBlogThis!Share to TwitterShare to FacebookShare to Pinterest