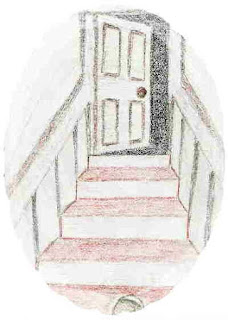 The question today is: How do you delete someone from your life?

The answer is, of course, it's an impossibility.

Yet this is exactly what 'He' is doing now.

'Do you want all the pictures I took of you?'

Does that include those taken of us on our Wedding Day?


Pictures represent memories, windows into the past ... moments frozen in Time. In a rush, a kaleidoscope of colour immediately flashes before me with all the images I ever had of 'Us' ... the 'Us' that once-upon-a-time brought me unexpectedly to a place I never wanted to return from, my own Heaven on Earth. It becomes a frenetic tale of a back-to-front Cinderella - riches to rags, joy to pain, happiness to mourning. No-one can erase Hope that crept in there somehow. Not even the most careful of hands can replace what is now lost, or put sticking plaster over the still raw, aching, bleeding wounds that refuse to heal.  What was, will remain for a lifetime. No tears of regret at dreams shattered into a zillion pieces, but rather an ocean drowning me at the absolute futility of it all. I didn't do anything wrong except to place my trust in the wrong man ... a man I believed was honest and true rather than the lying, deceitful, cowardly but controlling love cheat he turned out to be ... someone who can pick someone up, and put them down when he's finished with them.

No. I'm not the first, nor will I be the last. It's a familiar story to many. And when it happens to you, it's something you cannot escape. You carry the pain too close in your now fragile heart. Like a piercing knife, some days you're stabbed over and over and over again, deep cutting pain caused by memories forcing you into living the reality again as if it were happening right now.

All that is real is that moment in which I live today.

It's all I have left.

Meanwhile, Mr Forget-Me-Forever moves on with his plans. With a sense of shock, I realise we had been married but one year when already, he had to have been marking his territory, putting up boundaries, shutting doors through which I could not enter, but which before led, or so I believed, into his heart.

If he had died and I a widow, I would have retained those precious moments we shared. The hopes and dreams we had in the past would be intact, bound by the love so real, so much a valued part of our lives. He would live forever in my heart.

But one year of marriage on, once things had settled into routine, yes, I realise now, this is the pattern of his life. He cannot do 'settled'. It was my dream, never his. 'Settled' to him was complacent. 'Same old ... same old ...' he would say. He's a restless spirit. Never a one-woman man. All those tales he carefully shared in our beginnings of at least having left women before me with their homes intact. It was always their fault, mind, never his ... an affair here, an unthinking one there. But at the time of sharing it spoke of care and consideration on his part. Somehow he's good at twisting things around! Now it smacks of someone who can simply carry through a plan having found that 'woman on the side', and simply walk away. He never liked talking of the past. It was gone, done with, where was the point? In truth, he shook the dust off his feet ... and moved on.

Now I'd like to know these women he left behind.

I have become one with them.

Like the hands of the clock marking off moments in Time, the Law grinds slowly towards that point of finalising a divorce in a place I never wanted to be. The clock slows as solicitor's letters wait for his response. All in His Time! He retains Control ... or so He likes to think!! Meanwhile, life is snagged by the wishes, hopes, unfulfilled dreams that remain held in a kind of no-man's-land. He's moved on with his life. Already he has another home, another lady, someone else to spice his life ... until those moments when he starts to feel the urge, the itch he can't scratch, moving him to find something new, something different, something not tried before. And like the Hunter, he'll go searching among a jungle of unknown faces for who he believes is The One ... at least until next time.

Meanwhile, I'm stuck in time, held in that first moment I read his words on an email sent early morning, telling me he is no longer a part of my life. It's over. Finished. Done. He will not be returning Home. So many months before that, he knew it would come. He was already living the path he had chosen, a road turning away from my own, taking him further and further away from the things we knew and shared.

How can someone do that to another ... to a person they love ... and more, to their wife?

It begs the question, did he ever really love me at all?

Second-second-second-hand Rose sits in the bin while a finger hovers over the button marked 'Delete'. He has nothing to lose. His life has already moved on. He rises with another, surrounded by the trappings of the best money can buy to create a new nest. He leaves for work, returning that evening as if nothing has changed. A meal perhaps in a restaurant, an evening shared ... before bed. This isn't a young man. Each new encounter and subsequent shift in lifestyle means years are moving on, leaving their mark. How many more before The Reaper calls 'Time!'

I sit and ponder on these thoughts at the start of a new day. The silence folds around me. There is little if anything to lift my spirits ... apart from those cherished veterans who, each and every day, fill my world with echoes of their past set in World War Two, fighting a secret war, effectively jamming the enemy Radar with experimental equipment fitted into their aircraft. These seemingly 'forgotten heroes' of history are my lifeline. They know what it is like for life to hang in the balance.  Their words are inspirational, and like following a trail of breadcrumbs, I follow, hungry for more ...

... seeking with them 'the Unfound Door'. 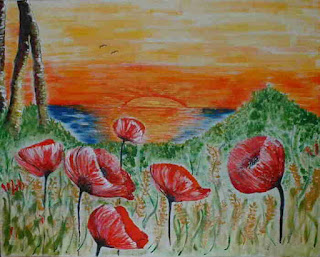 WE Remember!
Posted by Janine Harrington at 03:08
Email ThisBlogThis!Share to TwitterShare to FacebookShare to Pinterest